Switching From Windows PC to Mac

You needn’t worry, however.  Alienation Apple has listened to its customers and addressed their concerns. Switching from a PC to a Mac is not a leap in the dark; it’s a smooth transition to a responsive and powerful computer.

A Mac is simple to use because Apple has designed its applications to work in a similar way from windows pc. Once you become familiar with the Mac OS X operating system, everything falls into place.

Perhaps the most crucial aspect of changing to any new computer is the migration of your files from one to the other. These files might include documents, music, and photos, but it doesn’t really matter what they are: your Mac will automatically recognize almost all of them.

You have a number of ways to transfer your files. You can

When you’ve organized everything on Mac’s hard drive, you can install Windows (see below) and use your files as you would on your PC. If you don’t want to load Windows, you’ll need Mac versions of the appropriate software such as Microsoft Office (see below). 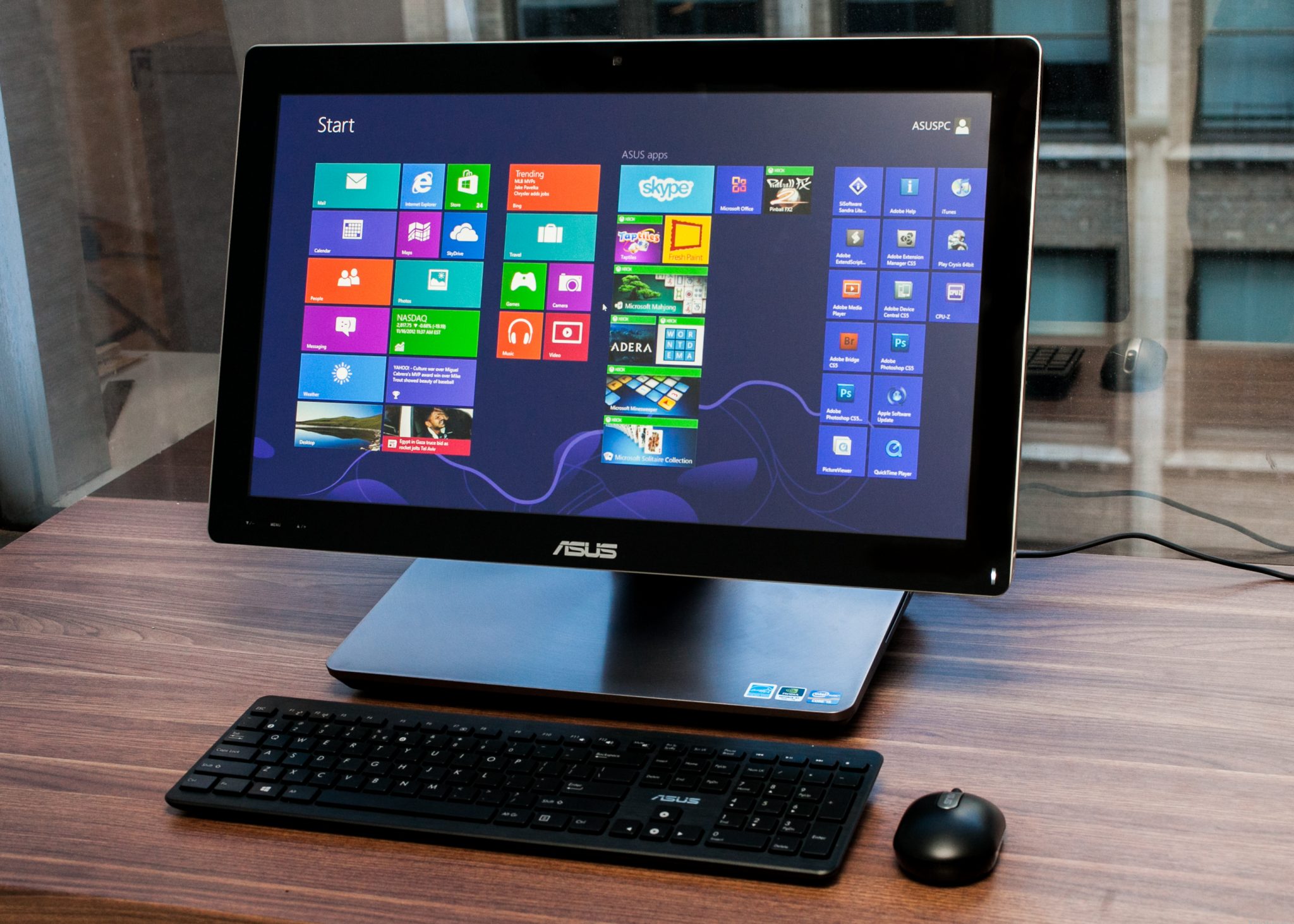 Having decided to make the move from PC to Mac, you may feel more comfortable if you still have Windows to hand. Fortunately, you’re able to load Windows XP Home Edition or Professional (with at least Service Pack 2), or any version of Windows Vista, using Boot Camp. This is a piece of software that comes as standard with every new Mac. (Please note that you cannot load any Windows software other than those given here.)

Once Windows is on your Mac, use it as though you’re operating a PC. If you want the flexibility of having Windows and Mac OS X available at the same time without restarting the computer, install either Parallels Desktop or VMware Fusion.

If you’re part of a Windows network in an office or at home and everyone else is using a PC, you can still switch to a Mac without upsetting anything. With a Mac, there’s nothing to prevent you sharing files across the network, surfing the Internet, or sending and receiving email.

If you want to continue using Microsoft Office 2008, simply install the Mac version. It has all the features of the Windows equivalent including Word, Excel, and PowerPoint. You can also work on Office documents that originated on a PC, and transfer your Mac-created Office work to a PC. 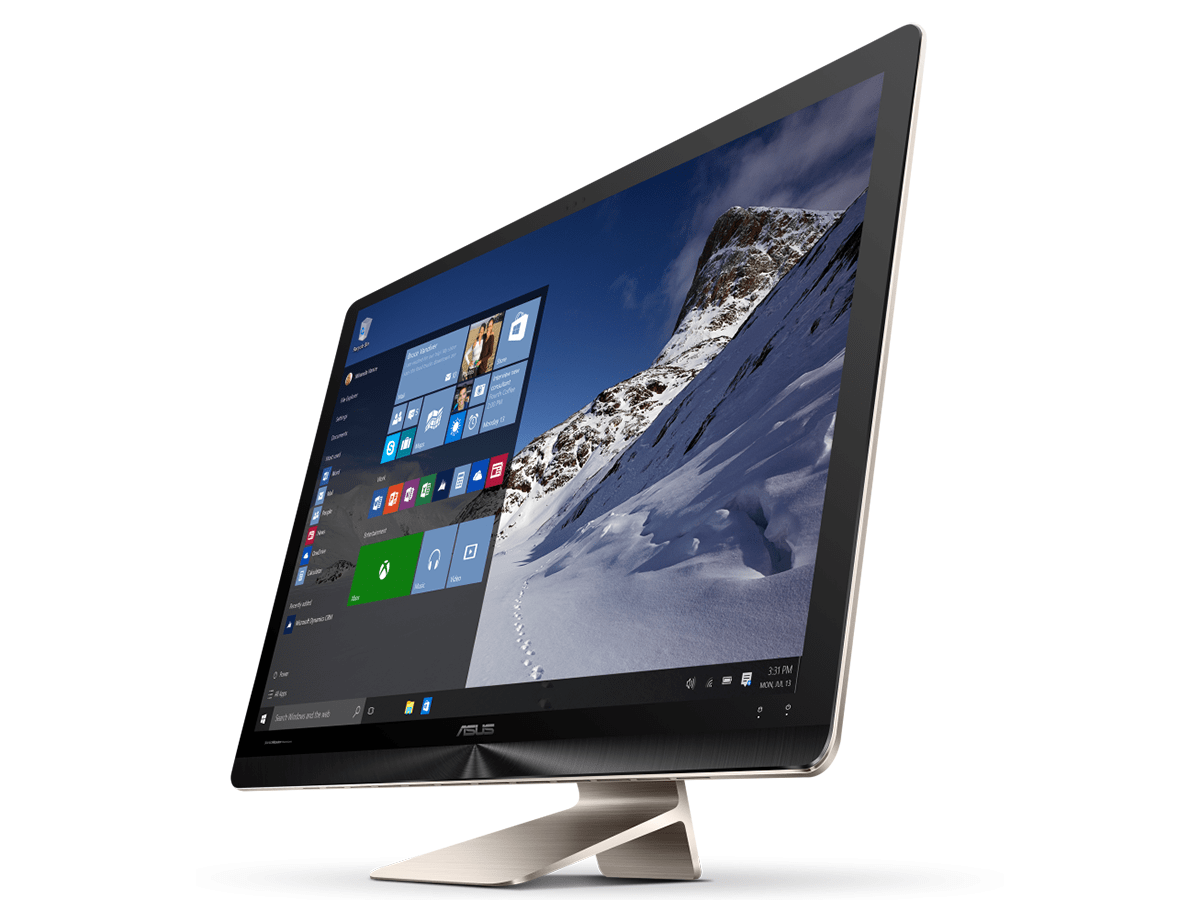 You don’t have to buy new peripherals when you change from a PC to a Mac. Your Mac has pre-loaded drivers for hundreds of devices, which means that it recognizes the vast majority of peripherals such as printers, hard drives, joysticks, and cameras. Just install your device using the USB, FireWire, Bluetooth or audio connections and you’re up and running. If you’d rather, you can also continue to use your PC keyboard and mouse with your Mac.

You can use your existing email service and email address on your Mac without any problem at all. Put your email account details into Mac’s Mail application and that’s it: you’ve successfully switched over. You can also access any web-based email with your Mac’s Safari web browser.

You may, of course, have a stock of email folders that go back for some time. Switching from a PC to a Mac is a good opportunity to do some email housekeeping, but this doesn’t mean you have to lose any of your archived messages. Instead, if you have a fairly small amount of email, you can forward it to your Mac. If you have a larger quantity of mail on your PC and have a number of accounts, you can transfer everything by using your ISP (Internet service provider) and IMAP (Internet message access protocol).

If you’re used to instant messaging on your PC, you’ll be delighted with your Mac. It has a built-in feature called iChat for text messaging and video calls.

Macs are wireless and compatible with most routers. The available wireless networks in your area automatically register on your screen. You needn’t lose any of the wireless features of your PC, and by choosing a Mac you may, in fact, discover you’ve upgraded your Wi-Fi capability.

Your Mac has the fastest web browser around: Safari. If you prefer, you can use Mac versions of other browsers, but the speed and easy-to-use features of Safari will soon have you hooked.

You won’t lose out on a choice of software and games when you switch to a Mac. Virtually everything has a Mac version, plus you’ll benefit from specific Mac items such as iWorks.

When you switch to a Mac, you’ll want to know your data is secure. The good news is that Macs have built-in security with regular free updates. Apple also constructs each Mac with its own hardware and software. The result is a computer that resists viruses and spyware far better than the average PC.

Macs are consistently reliable. They run extremely well and don’t suffer from the problems so often associated with PCs – frozen screens and system crashes. As a result, you’ll have fewer problems caused by delays and lost data.

Retina display refers to a display wherein the individual pixels cannot be discerned by the naked eye. This value differs from product to product, with smaller displays (iPhone) having higher values (326 ppi) and larger displays (MacBooks) having lower values (220 ppi). This is due to the viewing distance, that differs in these products.

Macintosh machines have been gaining ground steadily, thanks in part to their more secure platform, and the good looks they come with. Of course, PCs are no slouch either when it comes to good looks, but one just can’t compete with Apple in the looks department. 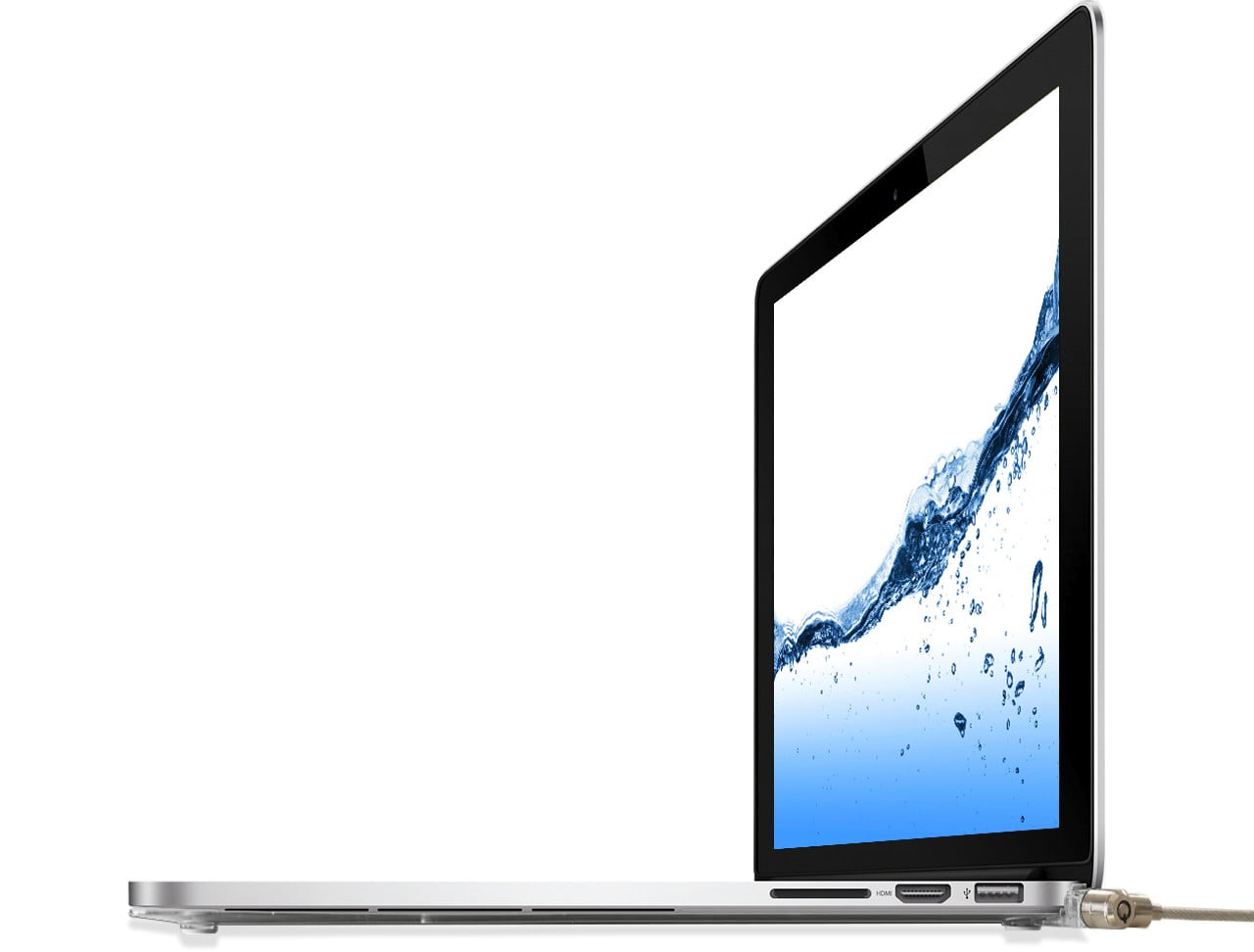 The model under the microscope is the high-end 15″ model, which contains a 2.2ghz Sandy Bride quad-core i7 processor, 4gb ram and a 6750m from AMD. That’s a big upgrade from the previous generation. I’ve also opted for the high-res screen, which is a given in my (mac!)book. *pun intended*

Apart from the high-end 15″ Macbook pro, Apple also offers two 13″ models and a single 17″ machine. Across the board, each model enjoys a faster processor, faster ram, and thunderbolt.

The latter is very interesting and a first for any laptop on the market! I’m actually not going into too much detail about it but basically, it’s Intel’s answer to USB. The connection is capable of transferring video, audio, and data, all simultaneously at very high speeds. That means that a DVD movie will transfer to external storage in about 6 seconds once supported hardware comes out.

When deciding between models realize that the 13″ models all share an Intel HD 3000 graphics as a sole provider. This is a source of frustration for gamers out there because the chip is pretty weak for modern games. The smaller models also use the gaps between the keys as speaker holes and lack a subwoofer; expect a slightly more tin sound.

The 17″ model has a 1920×1200 display and similar specs to the 15″ Macbook pro. This is both a good and bad thing. The good thing is that you’ll have slightly more screen real estate but gaming on the native resolution will definitely struggle. 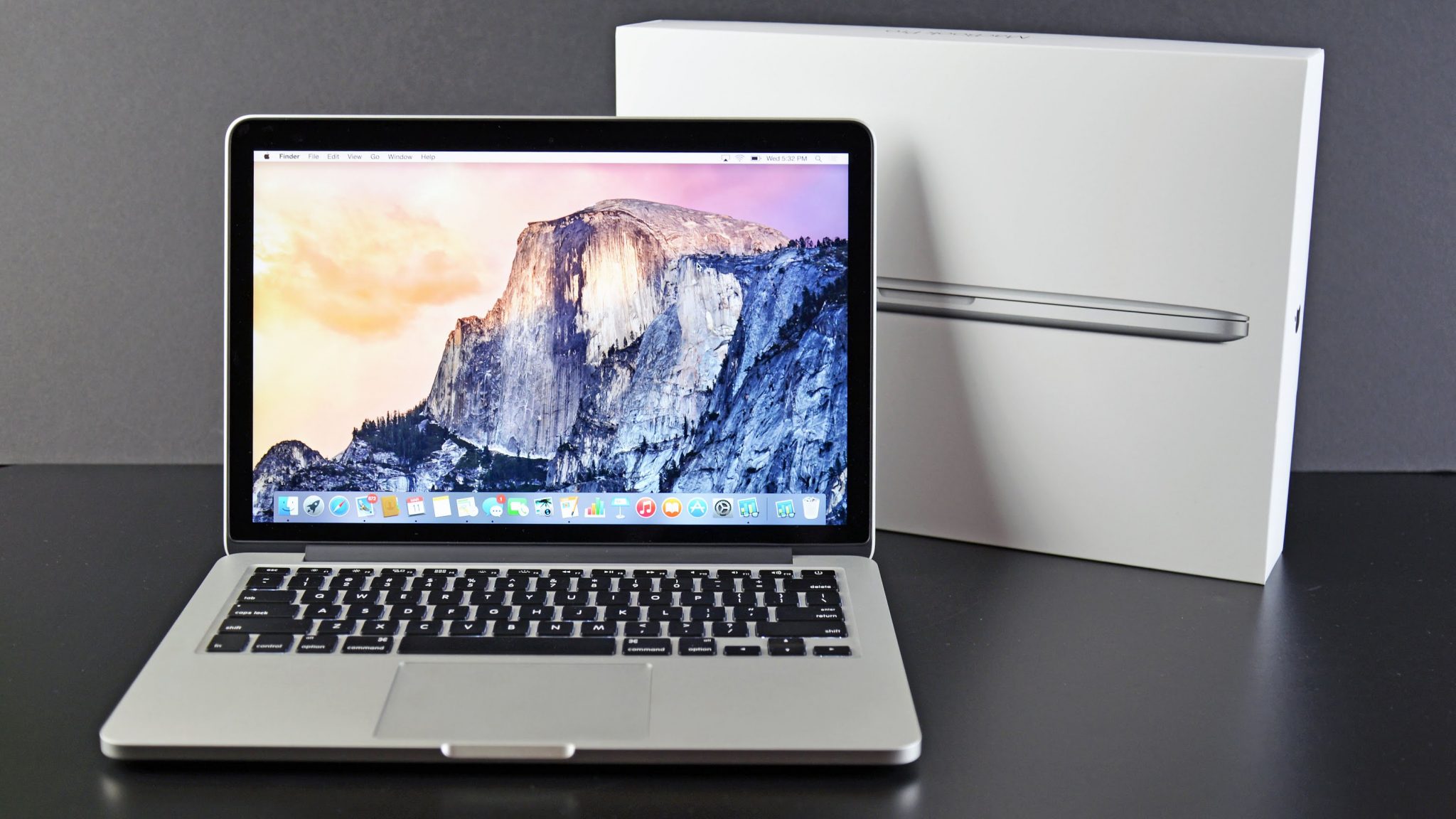 As noted Apple has retained its famous unibody design for this generation of Macbooks. I don’t consider this a bad thing. Built from a single piece of aluminum, this laptop is very scratch resistant and clean looking. My previous Macbook Pro (same design) definitely withstood the test of time. (not a single scratch!)

In my view, this is the best-looking laptop apart from the Macbook Air. Its design is very symmetrical. Everything is exactly where you’d expect it to be. Like how the speaker holes match the vertical space used by the keyboard keys. The width of the hinge also perfectly matches the horizontal keyboard space. Using a combination of black and silver, Apple managed to create something very aesthetically pleasing. However, I’d have loved to see some Macbook Air elements take over. The battery indicator for one seems unnecessary to me and the DVD super drive is bound to disappear. Guess we can expect those changes in a redesign later on.

Still, the Macbook Pro 2011 is the sturdiest and best-looking laptops out there, a real winner!

The 15″ model comes standard with a resolution of 1440×900. This can be upgraded to 1680×1050, something everyone should do. Apple uses a high-end TN display, so still no IPS unfortunately.

The viewing angles are decent. It’s possible to read a text and distinguish details at any angle. However, inevitably, the screen washes out from the sides, especially grays become yellowish; notice the app store panel lines. I also noticed that the screen has a weak-spot for lower and upper angles. Even at a small degree colors started to fade. This is why we want IPS panels, they’re just noticeably better at this. Still, the MacBook Pro has one of the better screens out there. Colors really pop and the pixel density feels just right. People looking for ultra-realistic color reproductions will have to look at production screens, what else is new? 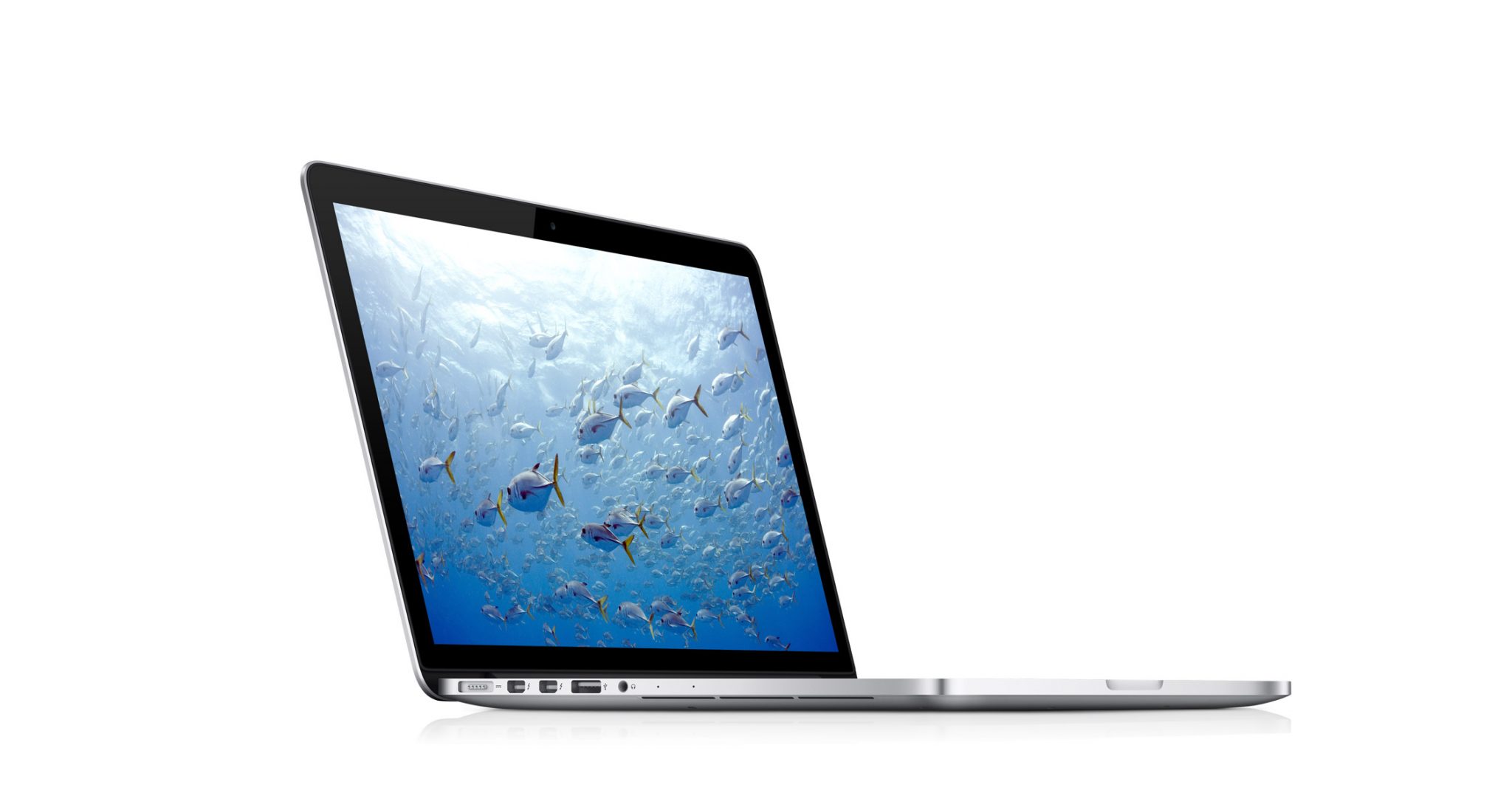 For the first time ever Apple managed to jam an HD facetime camera into the glossy display. This is a logical step in the evolution of video calling between Apple devices. To test this I called my laptop using the iPhone 4 and configured the facetime app.

Calling is easy and direct. Simply click a phone number or e-mail in your contacts and the system will attempt to set up a facetime call. This process can sometimes take a little longer depending on the network, but after the initial process, it’s usually a smooth ride. The image is crisp and pleasing, but without being overwhelming. The image is still soft, and comparable to Logitech solutions at best. Still for such a small camera that’s a solid achievement.

Now it’s time to put the internals to the test. This is Apple’s fastest notebook offering so my expectations were sky high. The first thing I wanted to have a look at is the battery. Apple advertises 7 hours of battery for every Macbook Pro model it offers. That’s down from 8-10 hours for the previous generation. Most of this is probably due to the faster processor and a new way of testing that supposedly better represents real world results.

I fully charged the laptop and left the settings at default. The brightness sensor was turned on for more realistic results. During the test, I used everyday apps like Microsoft words and Safari. To mix things up some light 3D work was thrown into the mix.

The time it takes to launch an app is essential for a proper user experience. The Air does really well at this so I used it as the benchmark. The Macbook Pro comes with a new generation of 750gb 5400rpm drives. The extra data density and latest Seagate technologies should give it the edge over previous Pro models. But how close can it get to its SSD speedy thinner sister?